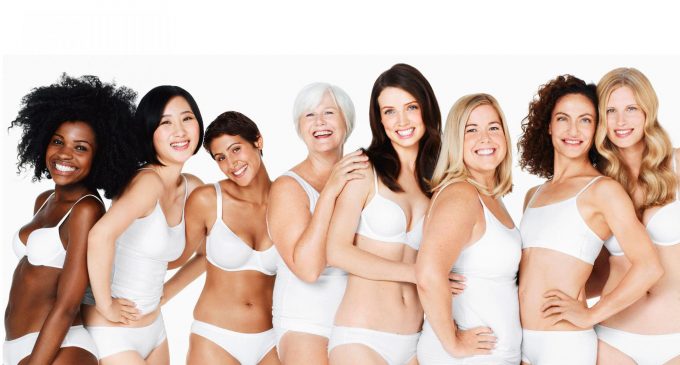 I thought feminist had reached the bottom of the barrel when they started arguing that a hairy male hand was threatening competition to their body positive figures. But it gets worse. And warning – this article is not for the faint of heart or for those easily repulsed, by stupidity that is.

Turns out there is an even scarier culprit tearing down feminists self-esteem, and I use the words feminist as I hate to even use the word women to describe this disturbingly revealing insight into feminists minds.

Imagine you’re in the shower, it’s been a hard day, and feeling in the mood for some happy thoughts only to have your vibe killed by the sight of a soap bottle. And don’t be fooled by those damn misogynistic men reducing the quality of life for body positive feminists. That soap bottle knows what it is doing. It’s just sitting there, taunting, reminding you that you’re not as sexy as a soap bottle and that rolls are no replacement for curves. So, naturally, the thoughts drift back to all those mean hardened misogynistic men. The irony that these old misogynists are actually refusing to rain or snow on your metaphorical parade completely lost in the crushing abayas of despair awoken by the desire to change the way soap bottles take away from body-positive sensuality. Maybe it’s the long circular shape of most soap bottles actually driving those thoughts and it’s a domino female spaghetti brain reaction. But regardless the reality is still crushing. And the only thing being gently grabbed onto and moving in and out of your conscience is this inner war, the only thing moving in a circular fashion, your mind. Those pesky soap bottles.

Now that we’ve established where these feminist are coming from ( or not – I dare not assume that I have absolutely privy to the peculiar doings of these fearsome lumbering creatures that secular science attempts to describe as merely an evolution of the modern woman) let’s explore the absolute facts surrounding this new feminist campaign to stop soap bottles from body shaming. More on the next page