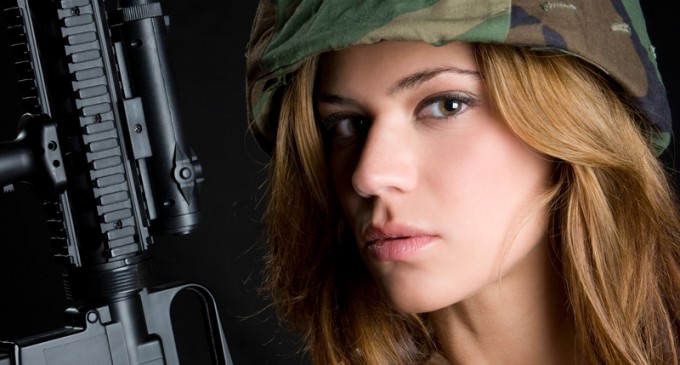 It has been said that the purpose of the military is to hurt people and to break things. The military projects power, and that is one reason the Left is so opposed to it. Liberals will spout idiotic axioms like “Make love, not war, war is not the answer, and give peace a chance,” as if they are saying something profound. They are not. Conservatives do not like war any more than Liberals do, but they recognize that it is sometimes necessary, expensive, and supremely damaging to all involved. To suggest that Conservatives like going to war is extraordinarily idiotic, but is a belief system that most Liberals hold to. They somehow also believe that war is never necessary, so the military itself is seen as an unnecessary, aggressive war machine which could or should be done away with.

If the military cannot be done away with, the next idea that Liberals have is that the military should become a government social program and a jobs creator. And because Liberals never intend on actually fighting a war and believe that good negotiating skills and U.N. intervention can eliminate the need for military readiness and trained warriors, they have decimated the equipment levels, drawn down the troop numbers, sissified the entire organization, and demanded that women in the military rotate into combat positions and leadership. It is part of the effort to eliminate the divide between men and women, even if it puts our troops at risk and destroys military morale. The damage will remain unseen until we truly need combat readiness and the ability to protect our nation.

See the next program to undermine our military, page 2: