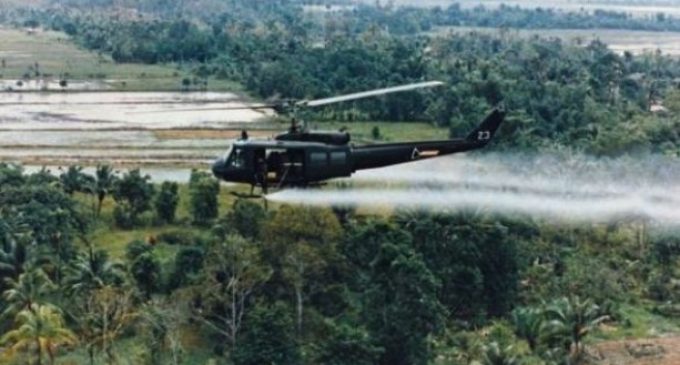 The tragedies that attached to the Vietnam war are legion. Those who lived through that period will remember many of them. Those who fought there carry those tragedies in their minds and bodies.

There's a lot of talk about “the good war,” meaning World War II as though any war can be a good thing. War can be a necessary thing, and nations must prepare to defend themselves as hostile nations and non-state actors abound in our world. But it's really tough to call any war “good” when there are so many casualties. It's not hard to wonder whether the future researcher who might have discovered the cure to a terrible disease never got the chance because he or she died in a war.

The Vietnam war was particularly devastating for America, not only in terms of lives lost, but in terms of those who suffer to this day from that conflict. Now we see evidence that future generations will continue to suffer physically from their parents' participation in that war. This may turn out to be another case of the “gift that keeps on giving.” More on page two.