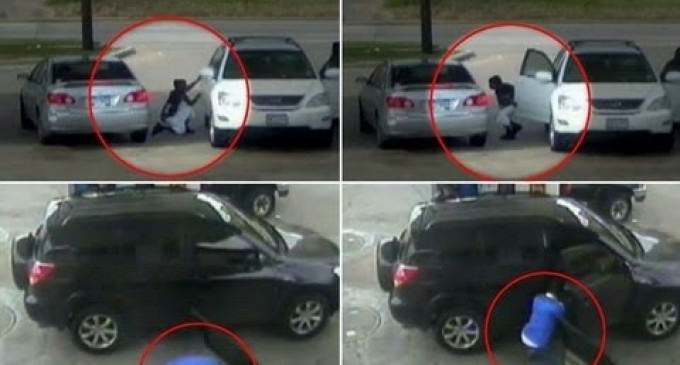 They are called ‘sliders’, thieves part of a new trend that preys upon victims at gas stations. The thieves pull up next to a car being refueled at a gas pump, slips in the typically unlocked passenger door and makes off with the property.

“They’re not looking for a confrontation; they just want the property, because they know it’s being left abandoned and you’re not paying attention,” says Houston Police Department Officer Jim Wood. He says that most victims don’t even realize they have been robbed until after the culprit has fled the scene.