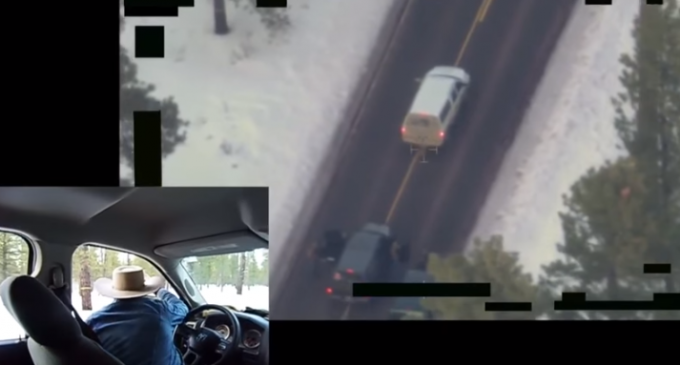 The execution of LaVoy Finicum, one of the rancher leaders at the Oregon wildlife refuge occupation earlier this year, is being played over and over by law enforcement, determined to convince the “lying eyes” of those watching video of the event that what they see is actually not what they see. There is a secondary question of whether FBI agents fired their weapons, or whether it was only trigger-happy state troopers who were firing at the truck and Finicum.

A video of the shooting without sound was released to the public early on, but a second video taken by friends and family of Finicum, including children, who were in the truck with him has now been released with a sound track. You can hear the verbal exchanges between Finicum and the officers as he calls to them from inside the truck. Finicum states that he is going to the next town to meet with the sheriff. That was not to be as law enforcement vehicles blocked the road and Finicum was forced into a snow bank at the side of the highway.