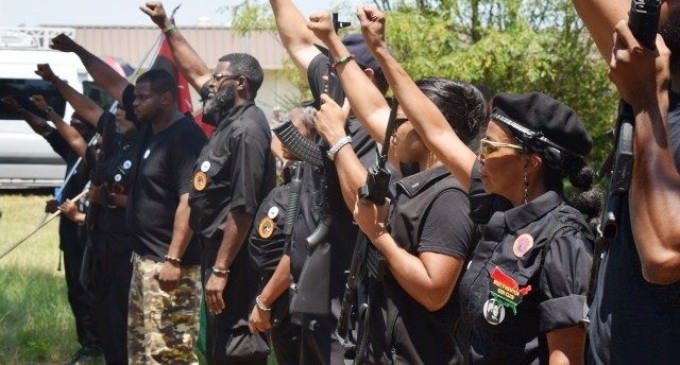 Two weeks before Shannon Miles crept up on Harris County Deputy Darren Goforth in the cover of darkness and killed him execution-style with shots to the back of the head in November of 2015, the New Black Panthers promised Texas cops they would do just that – just thirty miles separated these events.

In the very same county, around 15 armed members taunted Harris County Sheriff’s Office deputies on August 12 with various threatening chants, such as “The revelation is on… Off the pigs,” and “Oink Oink… Bang Bang!”

The group also shouted “You’re gonna stop doing what you’re doing, or we will start creeping up on you in the darkness.”