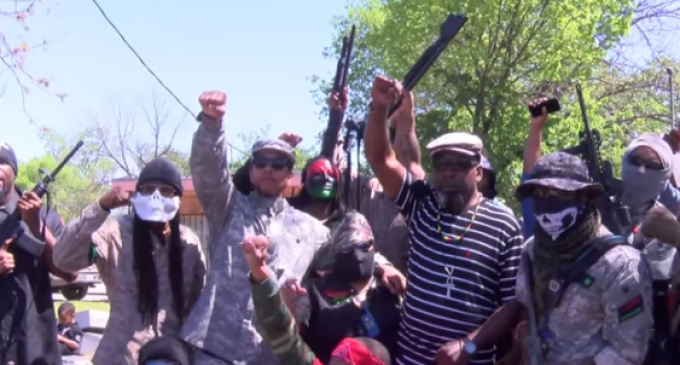 It seems like a century ago that Senator Barack Obama stood at the 2004 Democratic National Convention and proclaimed “There is no black America and a white America, a latino America, an Asian America; there is the United States of America.”  Or perhaps that was a mass hallucination by the American public, because if you fast-forward to 2016  you certainly don't see a united country.  The Illinois senator who first appeared not to see all of these differences is now the divider-in-chief who exploits those differences for political gain on a daily basis.

The latest example of racial and religious division was on display in South Dallas on Saturday where armed members of the New Black Panther Party faced off against a group of protestors–also armed–who has taken to protesting mosques in the Dallas-Ft. Worth Metroplex in recent years.

To watch what transpired between the two armed groups as police watched nervously from rooftops continue reading and watch the videos on the next page: