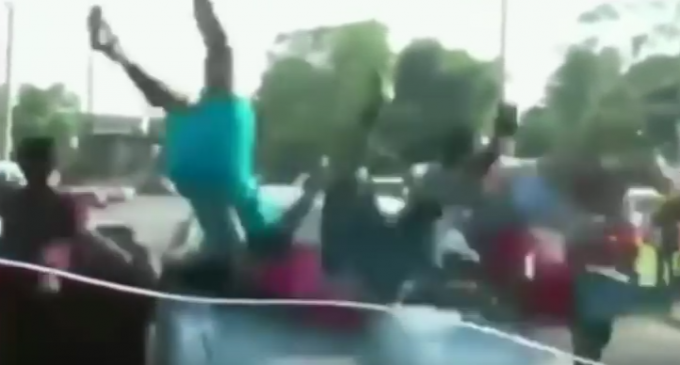 If you've been watching the news, you're more than aware of all of the protests going on in some of the United States' most populated areas. People are taking to the streets with signs and bricks, some practicing peaceful protesting and others taking a more violent approach by smashing windows and and looting. And this has been problem long before Donald Trump was elected. While the Obama Administration fed the Black Lives Matter movement and encouraged this type of behavior, people were beginning to feel so empowered that they actually thought they were invincible.

In the driver's defense, it's difficult to see people standing on the freeway at night, even if they are waving signs around. However, this is one of those laws of nature type things. If you're dumb enough to stand on a highway, where cars speed by and block traffic to get people to read your signs or listen to your whining, perhaps you deserve to get run over. And fortunately enough for drivers, it might no longer be a crime to accidentally hit somebody if they're protesting on the road.