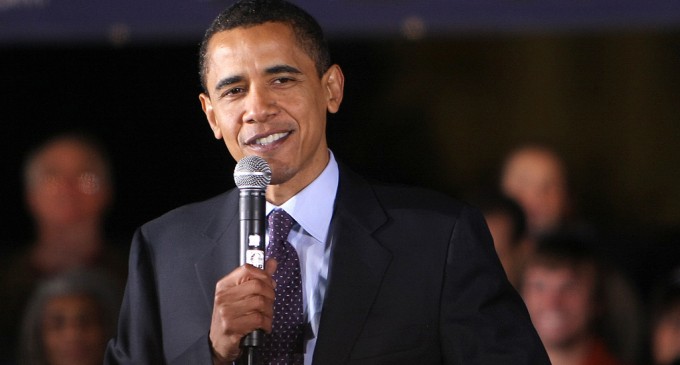 Emails released yesterday by Judicial Watch now prove what we’ve all known: that the Obama administration lied about Benghazi – being more concerned for how the death of 4 Americans made Obama look than anything else.

“This email is a smoking gun,” Sen. Lindsey Graham told Newsmax. “It shows political operatives in the White House working to create a political narrative at odds with the facts.

“The emails show that in the days after the attack in Benghazi, Libya, the White House was more focused on protecting President Obama than informing Americans about the terrorist attack that left Ambassador Chris Stevens and three other Americans dead,” stated Oklahoma Sen. Jim Inhofe

The email shows how the Obama administration was trying to “to underscore that these protests are rooted in an Internet video, and not a broader failure of policy.”

Honor, integrity and human decency – these are not characteristics known to Obama. This man is a narcissistic charlatan who only cares for himself, his communist ideals and his puppet masters.

Republicans charged Tuesday that an email in which a White House official advises former U.N. Ambassador Susan Rice to link the 2012 Benghazi attack to an anti-Muslim video confirms the linkage was fabricated to help President Barack Obama’s re-election.

“This email is a smoking gun,” Sen. Lindsey Graham told Newsmax. “It shows political operatives in the White House working to create a political narrative at odds with the facts.

“Their goal was not to tell the truth about what actually happened,” Graham said Tuesday. “They did not want to provide the best information available.

“Instead, we were provided the most beneficial political story for President Obama.”

New Hampshire Sen. Kelly Ayotte told “On the Record With Greta Van Susteren” on Fox News Channel: “We always said, ‘Where did the video reference come from?’ Now we know it came from the White House” and not the intelligence community.

Both Graham and Ayotte are members of the Senate Armed Services Committee. They have been among the many Republicans who have called for an independent investigation of the attacks on Sept. 11, 2012, that killed Ambassador Chris Stevens and three other Americans, including two former Navy SEALS.

The email, dated Sept. 14, 2012, was among more than 100 pages of documents released by Judicial Watch on Tuesday. It shows White House Deputy National Security Adviser Ben Rhodes advising Rice, who now is Obama’s national security adviser, to focus on the YouTube video as the cause of a spontaneous protest that led to the attack.

But previously released emails show senior defense officials told the administration on the night of the attack that it was terrorism linked to al-Qaida and that no protest had occurred.

Rhodes outlined several talking points for Rice, with the advice “to underscore that these protests are rooted in an Internet video, and not a broader failure of policy.”

The email was prepared for a Sept. 15 “prep call” with Rice that was to occur at 4 p.m., according to the document. The following day, five days after the attack, Rice appeared on five Sunday talk shows, each time linking the Libyan attacks to the anti-Muslim video.

Then-Secretary of State Hillary Clinton cited the same reason for the attacks, while Obama would not say whether it was terrorism until several days afterward.

Former CIA deputy director Mike Morell testified earlier this month that he had no idea where the story about a video protest came from when he saw Rice make the claim on television.

The other Americans killed in the attacks on the U.S. consulate and adjacent CIA annex were Sean Smith and two former Navy SEALs, Glen Doherty and Tyrone Woods.

Judicial Watch obtained the documents on April 18 via a Freedom of Information Act lawsuit it filed against the State Department last June, said President Tom Fitton. The group obtained 41 emails, many of which had portions redacted.

“Now we know the Obama White House’s chief concern about the Benghazi attack was making sure that President Obama looked good,” Fitton said.

“These documents undermine the Obama administration’s narrative that it thought the Benghazi attack had something to do with protests or an Internet video,” he said. “Given the explosive material in these documents, it is no surprise that we had to go to federal court to pry them loose from the Obama State Department.”

In her interview with Van Susteren, Ayotte said the email made it clear that the focus of the “prep call” was to ensure that Obama, who was less than two months away from a tight re-election bid, looked like a strong leader rather than try to get out the facts on the attacks as they were known.

Further, since both Carney and Plouffe were among the email’s recipients, it can be assumed they read it and were aware of the story that Rice was going to tell, Republicans said.

Also troubling, Ayotte said, was that in the email was a reference for Rice to make sure to mention that al-Qaida had been destroyed.

“That was nowhere in the talking points, and actually it’s contradicted by what we know happened on that day,” Ayotte told Van Susteren.

Meanwhile, Catherine Frazier, a spokeswoman for Sen. Ted Cruz, another member of the Armed Services Committee, told Newsmax that the email confirmed “how little we really know about what happened in Benghazi on Sept 11, 2012.”

“This administration must be held accountable to telling the truth so that we can find closure, bring our attackers to justice, and prevent future attacks,” Frazier said.

Arizona Rep. Paul Gosar told Newsmax: “Today we learn, from documents obtained by Judicial Watch, that the president’s communications team intentionally fabricated a story about Benghazi in order to deceive the American public.”

“The Obama administration made up a story out of whole cloth to deceive the American people and to try to make the president look good,” he said.

Gosar is a member of the House Oversight and Government Reform Committee, which also has been investigating the Benghazi attack.

“Whether lying about Obamacare, and now lying about Benghazi, this administration has no decency,” Gosar said.