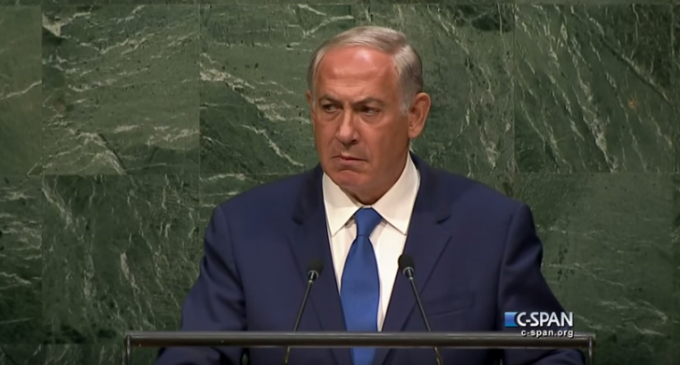 In the never ending Middle East drama of Israel and the Palestinian State, this week at the UN, the Palestinian Leader Abbas addressed the UN and ended his speech with a bombshell-his words, that the Palestinian State would no longer be engaged in the “peace process” with Israel.  The UN is a very liberal organization, who many believe does little good, as they are very biased, hoodwinked by the Palestinians, who have broken all promises they agreed to in the last 25 years.

The Palestinian State refuses to acknowledge that Israel is a Nation.  They refer to Israel as the “occupying force”.  Abbas as the President, of the Palestinian State, supports Hamas and Hezbollah, evidenced by his demands for the known terrorists held by Israel to be released.

Obama is pro-Palestinian.  And has treated Israel, like the bad step-son.  Obama would want nothing more than for the world to abandon Israel-and he has succeeded.  Abbas was given a standing ovation at the UN, this man who lies and calls Israel “the occupying force”, and Prime Minister Netanyahu of Israel was ignored, with hardly anyone in attendance.

watch Netanyahu “death stare” the world down next page