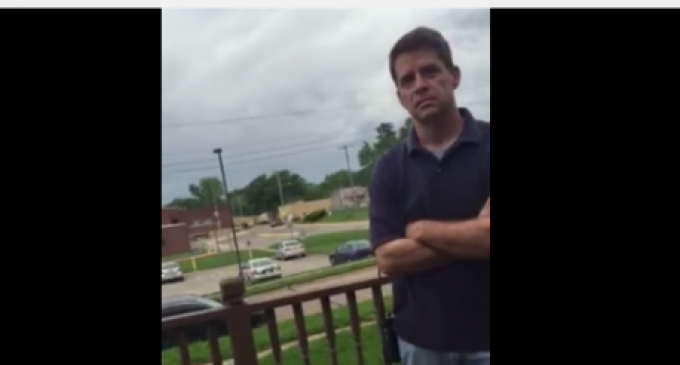 As his YouTube video describes, like many citizens, one Nebraska man had grave concerns about Operation Jade Helm. He had learned of the impending event and wanted to learn more, so he quite reasonably made a call to his local law enforcement officials and then to his governor's office. The result? The next thing he new, he faced a visit from two FBI agents!

It seems quite odd for the FBI to take time to confront this man at his house over a simple phone call for information! Had he been threatening on the phone, one would assume the agents would have mentioned it. Instead, the agents state they have only arrived pursuant to his call because they “follow up on anything national like that…”

Watch the video clip and decide for yourself on the NEXT PAGE: