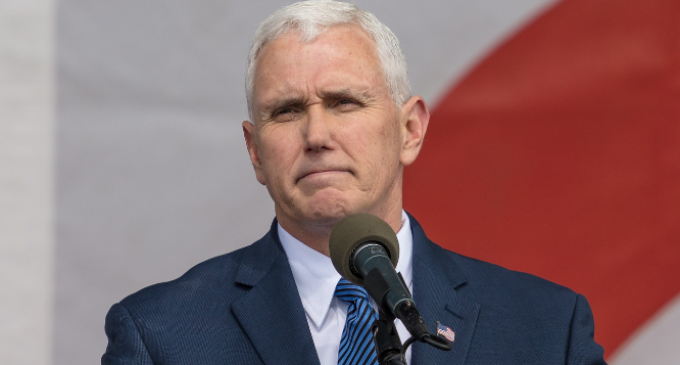 An English teacher in Union County, North Carolina has been suspended and is under investigation by the Secret Service after she reportedly told her class that Vice President Mike Pence should be “shot in the head.”

The unnamed Cuthbertson High School teacher made the alleged threat the same week the vice president was in town campaigning for congressional elect Dan Bishop.

“This is the vice president of the United States. He's an elected official,” said Firas Obeid, a parent of two students at the high school, adding he is not a supporter of Pence. “Affiliation to a specific party does not entitle us to make a statement like that to anyone.”

The teacher has been placed on administrative leave as the school district investigates the comment.

“Union County Public Schools is taking the alleged inappropriate comments made by a Cuthbertson High School teacher very seriously. Upon learning about the alleged comments, the teacher was immediately placed on administrative leave last week and there is an ongoing investigation into this matter,” the school district said in a statement.

As students have been interviewed, there were some conflicting accounts of what was actually said.

The Secret Service will ascertain whether or not the comment rises to the level of a “credible threat.”

See the video below for details.