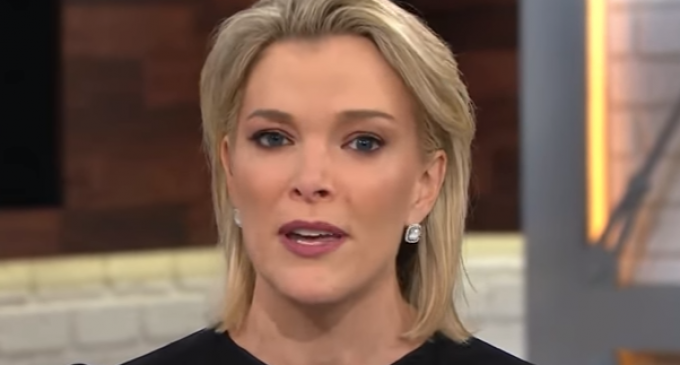 When viewers tuned into NBC's morning show Megyn Kelly Today on Thursday they saw an episode from two months ago. It appears that Kelly is toast, according to reports from CNN and the New York Times, due to her defending Halloween costumes using blackface.

“But what is racist?” Kelly asked. “You truly do get in trouble if you are a white person who puts on blackface at Halloween or a black person who puts on white face.” She complained, “That was OK when I was a kid, as long as you were dressing like a character,” and later opined on Countess Luann de Lesseps’ infamously offensive Diana Ross costume, “I don’t see how that is racist on Halloween.”

The former Fox News star’s NBC morning show has been lagging in the ratings since she began in September 2017.

Turn the page for full details and video.