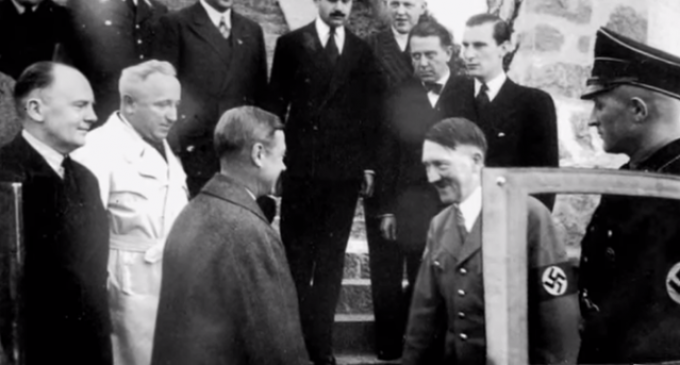 Many might be surprised to learn that before and during World War II, Edward VIII (uncle of Queen Elizabeth), who later abdicated as King, had been friends with Hitler, with his wife Wallis Simpson, a suspected spy for the Nazi's.  A photo of Uncle Edward teaching a young Elizabeth the Hitler salute is one sign of the veracity of this story.

more on the Windsor's ties to Nazism next page