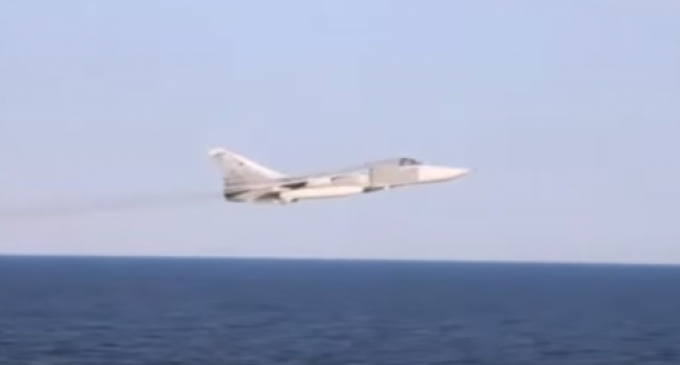 Russian president Vladimir Putin is intent on restoring what he sees as the glory of the old USSR. As a former member of the feared and deadly Russian KGB secret service, his methods are also blunt and aggressive, and his desire for expanding the geographic reach and control and Russia are clear. Russia’s annexation of parts of the Crimea and Ukraine, and his new activities in Syria designed to expand his influence into the Middle East make it very clear that Russia and Putin are interested in a much bigger role in controlling the world and greater expanses of geography.

Putin is also a “strong man,” meaning he understands naked force best and only respects power and strength to counter his actions. The type of nuanced talking and trading that President Obama is comfortable with is something that Putin sees simply as weakness and lack of will. That is evident with the recent aggressive maneuvers practiced by Russian aircraft against U.S. navy vessels and aircraft operating in international airspace and waters, but areas that Russia would like to claim as its own. The actions by these Russian aircraft have been provocative and dangerous, and the U.S. navy and air force would have been absolutely justified in knocking the hotshot Russian jet jockeys out of the sky. That will not happen with Obama, since he is only tough when he bullies the American people about health insurance or bathroom use. When it comes to actually protecting the American people from these types of bullies, he will back down every time.

Watch the unbelievable Russian jet aerobatics against a U.S. warship on page 2: