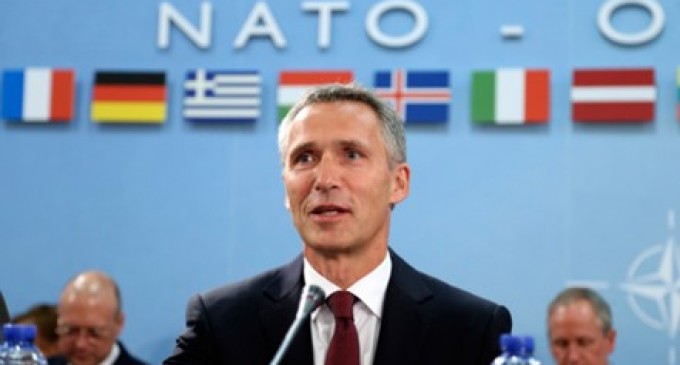 According to the Wall Street Journal, NATO is currently preparing to deploy four battalions, which is approximately 4,000 troops, to Russia's western border. US Deputy Secretary of Defense Robert Work stated Brussels last week that the escalation of Western military forces on Russia's border was in response to Russian military exercises near the Baltic countries of Latvia, Lithuania and Estonia.

The U.S. has many military bases throughout the world, many of which are in NATO countries that we have agreed to help protect. But it is hard to make a clear comparison between the United States support in protecting NATO member states and Russia's history of invading and ruling any number of sovereign countries such as Poland, Czechoslovakia, East Germany, and the entire constellation of Soviet satellites.

See page 2 argument that U.S. is the aggressor in Russia-United States interactions: