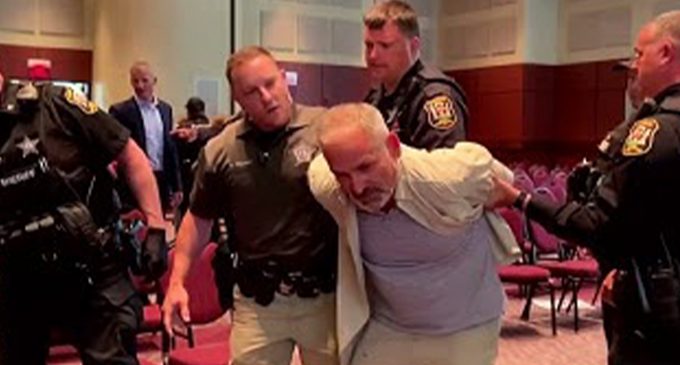 Gone are the days when school board meetings were a boring affair. They have turned into a warzone with livid parents, police tape, smashed windows, obscenities and threats aimed at elected officials, assaults and arrests.

It's not hard to see why. Parents have had enough of COVID-19 protocols, social justice, sexual ‘equality', Critical Race Theory, hate speech directed at our own country by teachers and the list goes on.

Another thing that seems to be gone is change happening after parent protest. Now, if not right around the corner, parents who protest the ‘woke' nature of the school's curriculum will be labeled domestic terrorists.

The death threats and violence directed toward elected members have risen to the point that the national group representing school boards seeks a designation of ‘domestic terrorism and hate crimes' be given to irate parents.

Ever do this as a child yourself or seen it done? You irritate a sibling enough until they strike you, then cry to mommy or daddy that you're being hit.

Move to the next page to see what the NSBA is doing.