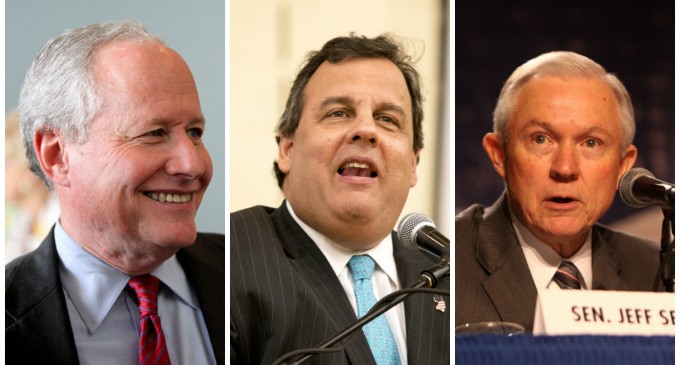 Establishment Republicans are close to a melt-down following Donald Trump's big wins on Super Tuesday. They have thrown everything the could against him, feigned outrage at every little politically incorrect comment he has made, and they still cannot dislodge him or damage his popularity. They cannot understand how this could have happened, and they are still hoping a solution will arise that keeps them running the show. That is not likely to happen, and one has to wonder if they will go into the general election supporting Republican iconoclast Trump or Democrat parliamentarian Hillary Clinton.

It did not have to be this way, but the Republican establishment refuses to acknowledge it. Conservative Republicans begged their political leaders to fight Obama, to refuse his illegal immigration and amnesty programs, to use the power of the purse to stop his outrageous programs, and to demand justice with the IRS scandal. And each time, worthless Republican “leaders” like Mitch McConnell and John Boehner  replied that they would get more aggressive if only the people would give them the power. But they said that as a minority party, their hands were tied.

Then in the 2014 elections Republicans won stunning victories and ended up controlling the House and the Senate, and the result was…. more of the same. It turns out that establishment Republicans are more interested in keeping their jobs and kowtowing to big money donors and big business than listening to what Main Street America is saying. And so they have no one but themselves to blame for the rise of populist Donald Trump.

See what establishment Republicans are saying about Trump and his supporters, page 2: