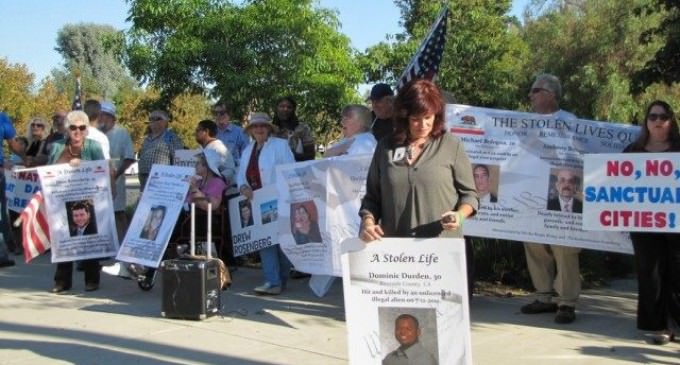 National Remembrance Day is a day devoted to remembering loved ones killed by illegal aliens.  Happening in California, Phoenix, Arizona, Houston, Texas and in New York State, it is a part demonstration, part memorial service bringing together families that have been ignored in the past.  As immigration becomes a hot topic due to Donald Trump, the national conversation increases on illegal aliens.

What is not widely known is the thousands of Americans killed each year by illegal aliens.  These families voiced their frustrations and told their stories to bring attention to the huge problem of illegal aliens in America.

more on murdered Americans by illegal aliens next page