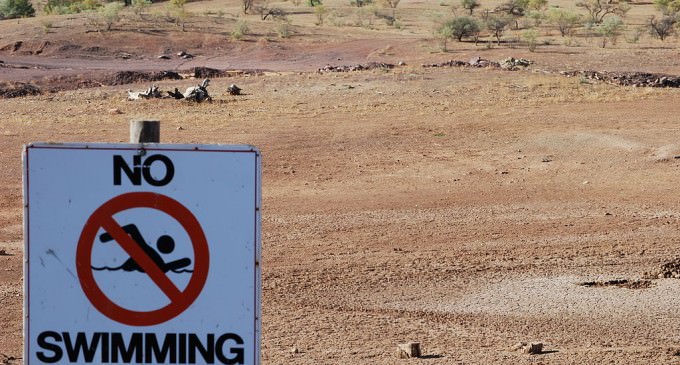 In the most advanced nation in the world, it is inconceivable that it is on the brink of a national water crisis.

However, the U.S. Office of the Director of National Intelligence has put water scarcity as a “major threat to national security alongside terrorism”.

This crisis might mean the end to cheap, clean water as hundreds of towns and cities are at risk.  There are projected shortages, both sudden and severe because water is either unsafe for consumption or there is not enough.

The greatest crisis would be in the Western part of the United States due to drought conditions and the extra water that is needed to keep agriculture flourishing.  The aging water systems also add to the pending danger, as contaminants and lead could be spread through breaking pipes and systems.

One California Representative, Jared Huffman, who has served 12 years on a municipal water board said that “People… they've been shouting about this for a long time…  Most people, (in the U.S.) don't perceive any shortage.”

Read just how bad it will be on the next page.