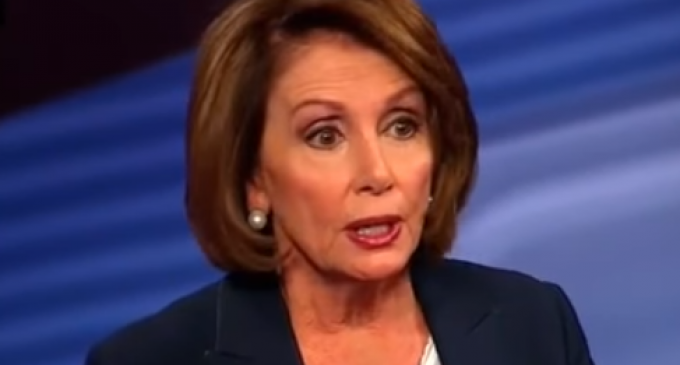 Nancy Pelosi can't seem to fathom how a good relationship with Russia might be good for the United States. In fact, she thinks it's so unfathomable that she believes Trump's diplomatic tone might be the result of blackmail.

Pelosi's theory is a strange one coming from the Democratic congresswoman. When Barack Obama sent Hillary Clinton to negotiate a reset of Russian relations, Pelosi didn't seem concerned. Nor did she blink when Russia embarrassed the United States by publically accepting a “reset” button despite having no intention to follow through with the deal.

The difference between Obama and Clinton's efforts and those of Trump are pretty clear. Obama and Clinton are Democrats and are therefore above criticism. Trump, on the other hand, will come under attack for every position he takes for the next four years.

But if Pelosi gets her way, he may not make it all four years. See what she's planning on the next page: