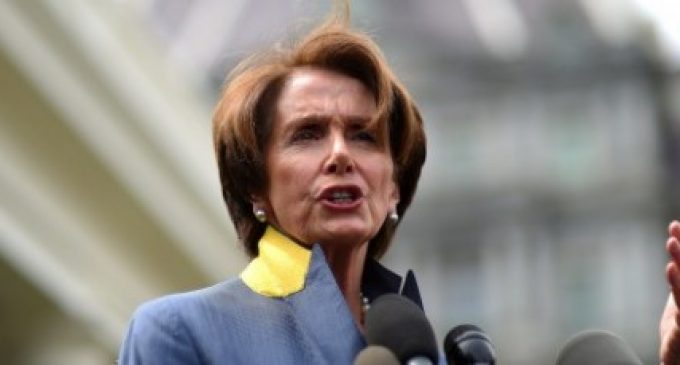 On Thursday Nancy Pelosi (D-Calif.) used the time-honored race card, suggesting Republicans who won't allow a vote on comprehensive immigration reform are racists. She said she believes the reform issue would be different if the illegal immigrants in question were from somewhere like Ireland.

If Pelosi wants actual open and honest debate how can it be helpful to use these race-baiting red herring tactics?

“I think race has something to do with the fact that they're not bringing up an immigration bill,” she said at her weekly press conference. “I've heard them say to the Irish, ‘If it were just you, this would be easy.'”

Pelosi and other Democrats have urged House Speaker John Boehner (R-Ohio) to allow a vote on an immigration bill that has support from a majority of the Democratic caucus and three GOP members.

So far, they haven't had any luck: Boehner promised a piecemeal process, if anything, and has said passing even smaller-scale legislation could be difficult given distrust of the president within the Republican conference. Despite releasing principles for reform in January, there have been no votes on immigration legislation since then.

Pelosi said she believes the bill would pass if Boehner allowed a vote.

“Let's have a debate,” she said. “We think the votes are there. We're absolutely certain that they're there.”