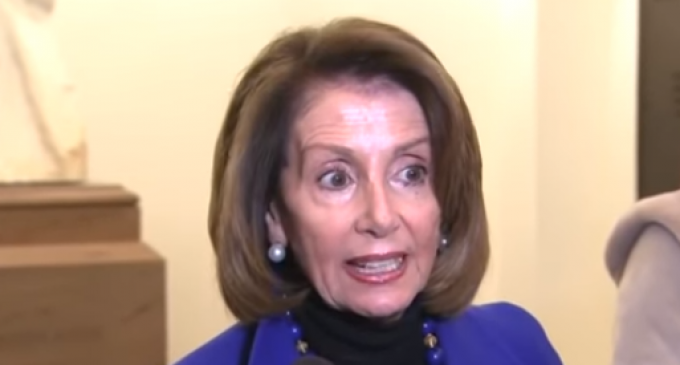 Republicans have been saying it for years and branded ‘conspiracy theorists' whenever they do: The real reason Democrats champion open borders and illegal immigration is that they want to rig elections in their favor.

Nancy Pelosi confirmed that theory on Thursday when she called for illegal immigrants to have the right to vote.

The desperation reveals just how much trouble the Democratic party is in. They know they are losing their base to the GOP as employment among minorities in Trump's economy has achieved levels not yet seen in the nation's history. Minorities and legal immigrants also favor Trump's stance on immigration. ‘No border no country' is hardly a concept lost on anyone who has two brain cells to rub together. Save the kool-aide, por favor.

President Trump's approval rating among Latinos shot up nearly 20 points from December to January in the latest NPR/PBS NewsHour/Marist Poll. 50 percent of Latinos now support the job Trump is doing, quite a jump from the 31 percent who had the same answer in a December poll.

Wow, just heard that my poll numbers with Hispanics has gone up 19%, to 50%. That is because they know the Border issue better than anyone, and they want Security, which can only be gotten with a Wall.

Some polls indicate that Trump's approval rating among African American voters is close to 20%. That is far higher than the 8% of the African-American vote that Trump received on Election Day 2016.

However, a recent Rasmussen Reports poll showed African-American approval of Trump at 36%. That shouldn't come as such a surprise. Blacks are waking up to the failures of the Dems to forward their standing as well as what a great job President Trump is doing for their communities. In the words of Herman Cain, “Mark my words: Donald J. Trump will be the most pro-black president in our lifetime.”

Needless to say, it's time for the Democrats to throw a Hail Mary and go all in, as Nancy Pelosi is doing.

Turn the page for Pelosi's remarks.