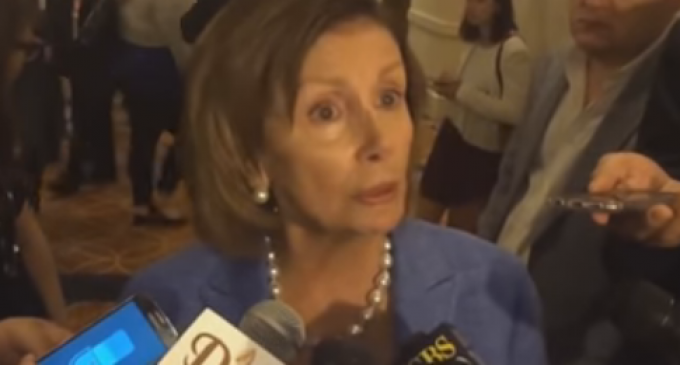 When Ted Cruz was booed off the stage for refusing to directly endorse Donald Trump during the Republican National Convention, the mainstream media pounced. The New York Times, for instance, posted a story entitled “Ted Cruz Stirs Convention Fury” in an attempt to undermine attempts at unity within the GOP.

Unfortunately for the press, the Democrat’s own convention looks to be much more chaotic, and it hasn’t even begun.

Already, protestors have arrived in numbers far greater than what was witnessed in Cleveland, and they’re making their distaste for the Democrat establishment well-known. Debbie Wasserman Schultz and Hillary Clinton have both been subject to boos from the crowd before the convention has officially kicked off. Even Bernie Sanders got the treatment from his own supporters after he once again endorsed Hillary Clinton on stage.

Now, Democrats not even involved in this year’s presidential election are getting harassed by the crowd.

See Nancy Pelosi and Debbie Wasserman Schultz get booed in a video on the next page: