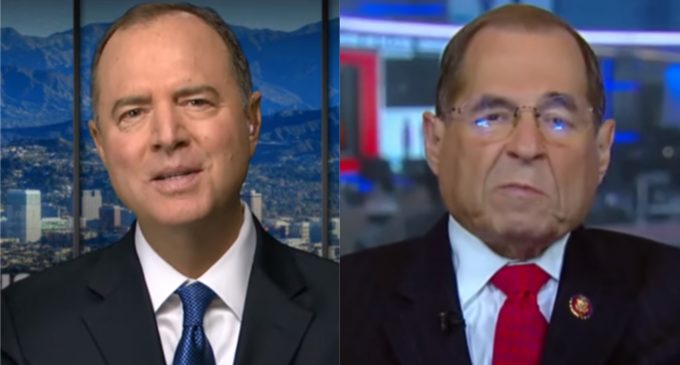 “The report is my testimony. I would not provide information beyond what is already public,” Mueller said in May to call for him to appear before Congress.

Nadler appeared on “Fox News Sunday” to justify his call for Mueller to testify.

“The report presents very substantial evidence that the president is guilty of high crimes and misdemeanors,” Nadler said. “And we have to let Mueller present those facts to the American people and then see where we go from there, because the administration must be held accountable and no president can be above the law.”

Schiff appeared on CBS News’ “Face the Nation” and called President Trump an “unindicted co-conspirator” and suggested that federal prosecutors will indict the President when he leaves office.

“I assume that all this means, in terms of the Southern District of New York, is that the case will be reopened when he leaves office, providing the statute of limitations has not run, and the Justice Department will have to weigh whether to indict the former president,” Schiff said.