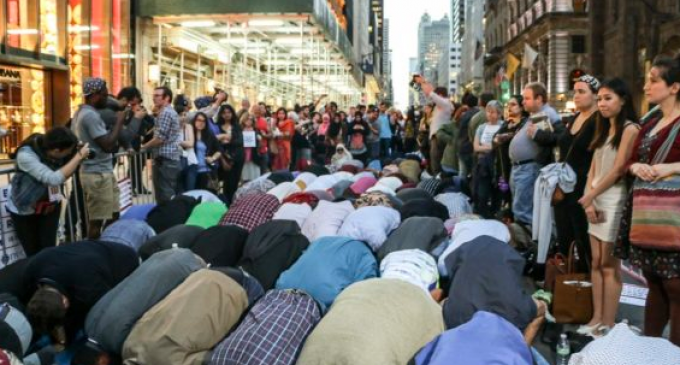 The tension remains even when the violence is absent. Perhaps this is because there has been so much violence and terrorism connected with Islam, that it becomes difficult to separate the two. There are certainly aspects of Islamic culture and teaching that are foreign to Western practices and ideas.

Then there are the blatant confrontational attitudes and practices that create stress and suspicions of what Muslims' real motives are. Some of their members, such as those who affiliate with Hamas and the Muslim Brotherhood, don't help matters at all. We also have the examples of Muslim nations that are hardly centers of religious or cultural toleration, and we don't want that here.

So what was the point of Muslims taking over the street in New York in front of the Trump Tower, and staging an ‘Iftar' which apparently is performed when they break their Ramadan fast?

Doing it in front of Trump Tower gives the impression that it's more like a war cry.