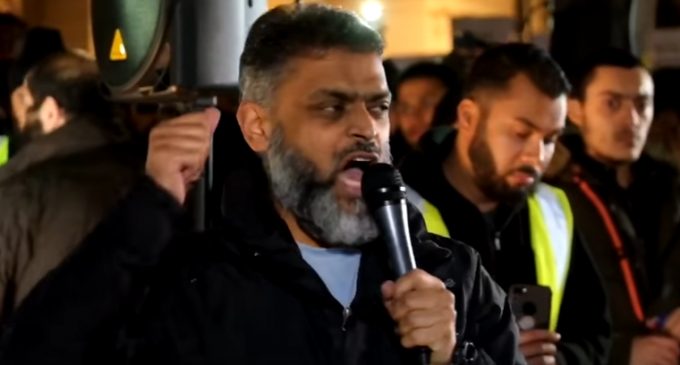 The streets of London seem to always be just as exciting as they're made out to be in movies and fiction. This week, over a thousand British Muslims blocked off a central London square to call for a Caliph, while chanting ‘Allahu Akbar.' They even had a poet on hand to spill the beans about their master plan. That last sentence was intended to rhyme, but when in Rome. To a cheering crowd, the poet stood outside the Syrian Embassy talking about needing a Caliph to clean up the streets, backhand missiles and dominate the world. Apparently when you become a Muslim Caliph, you're gifted with super powers and a tendency towards world domination.

Besides the poet, the protestors heard speeches by Moazzam Begg, Dilly Hussain and Hizb ut-Tahrir, who each are involved with a Muslim publication of some kind. What each of their speeches had in common was a blatant admittance to not supporting the British government and a desire to take over the country.

The protests got underway at about 9pm and went well into the night.