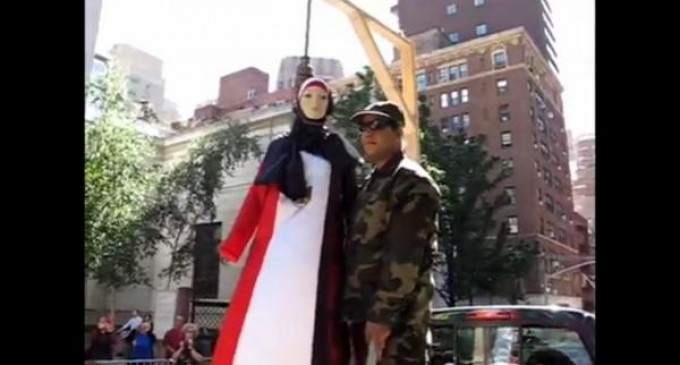 This past September Muslims took to the streets of New York City in what was suppose to be a moderate display of their religion. Instead, there were very graphic scenes of terrorism, like a white woman being hung with a noose, people carrying a banner that had eliminated Israel from the map, women being held in cages as in Boko Haram, etc.