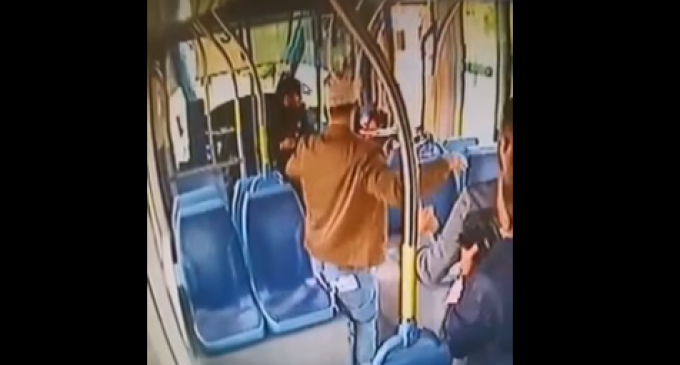 Footage from an attack by Muslim jihadis on a trolley in the Pisgat Ze'ev neighborhood in Jerusalem, Israel shows two teenage jihadis-in-training attempting to knife a trolley passenger, who ended up producing a gun to subdue the would-be killers.

The young jihadis are 11 and 14, both of which have been detained. The 11 year old was shot in the gut. The 14 year old can be seen retreating to the wall close behind him as he quickly realized the futility of his situation.

This video is a testament to the depth of depravity that Muslim extremists will go: recruiting young boys to attack civilians on a rail. The Muslim vs infidel war will soon go completely hot worldwide.

See the video of the attack on page 2.