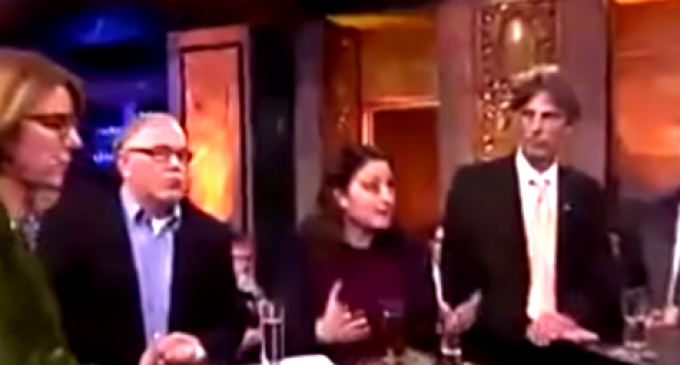 A muslim scholar celebrated the extinction of Germans on a talk show this past week, stating that having blue eyes and blonde hair are no longer German features and that soon being German will mean wearing a hijab. The worst part about this is that it took place on a German talk show, and not only were regular German folk not upset about these claims, they were applauding them.

It would seem that people would rather cheer for the extinction of their own race than be considered a racist.

This same Muslim “scholar” is also responsible for publishing the first German translation of the Quran and introducing Islamic education into German public schools. Apparently it was such a huge success that six of her students left Germany and journeyed to Syria to join ISIS.

But wait, Islam isn't a religion of violence . . . right? Wrong!

Watch this scholar speak on the next page.