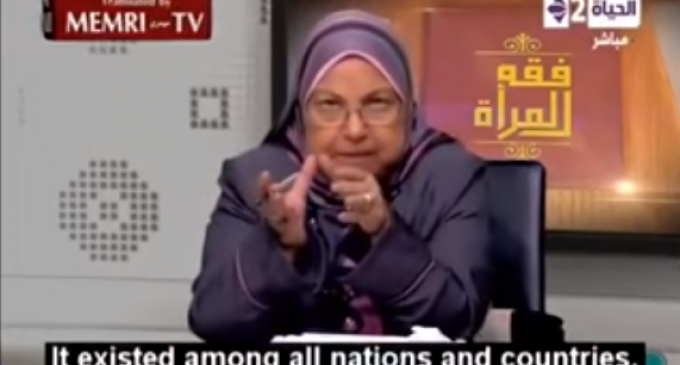 Al-Azhar University's Professor of Theology, Suad Saleh, is a woman who teaches that it is acceptable, in fact important, to rape captured women, to humiliate them.  It is, according to the Quran, the right of the conquering Muslim army, to take women as property.

“Slavery has been a part of human history and the selling of freeborn humans is like the selling of human organs and trafficking today”, according to Saleh.  She continues by saying, “When Islam emerged, it put slavery into order by limiting it to legitimate wars between Muslims and their enemies.”

The war is exactly as she states, between Muslims and their enemies, who happen to be all non-Muslims.  It is not a racism thing, but an ideology that requires conversion to Islam.  Saleh spells out the kind of war non-Muslims are fighting, one that says it is legitimate for Muslim men to take captive women and make them sex slaves.