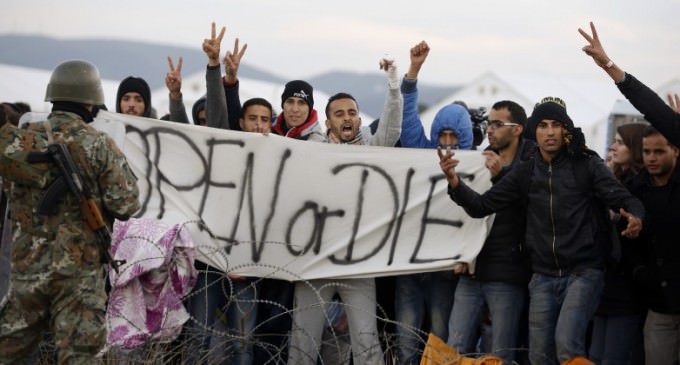 The gates of Europe are under siege, as the onslaught of Muslim migrants continues to hammer at them.

Demanding that they be permitted to enter the small Balkan country of Macedonia and to proceed from there to Western Europe, Middle Eastern refugees held up a sign threatening “open or die” before they began assaulting police by throwing stones at them. Additionally, at least 200 such migrants attempted to storm the barbed fence delineating the Macedonian border over the attempts of border security to stop them. It was also reported that some of the immigrants shouted “Allahu Akbar” as they  faced off against police.

This event represents the imminent crisis Europe is facing. Although liberals insist that the refugees fleeing the Middle East should be granted entry into their countries, they ignore the radical rhetoric and acts of many of the people seeking a way to the West.

Read more about the situation in Macedonia at the link below: