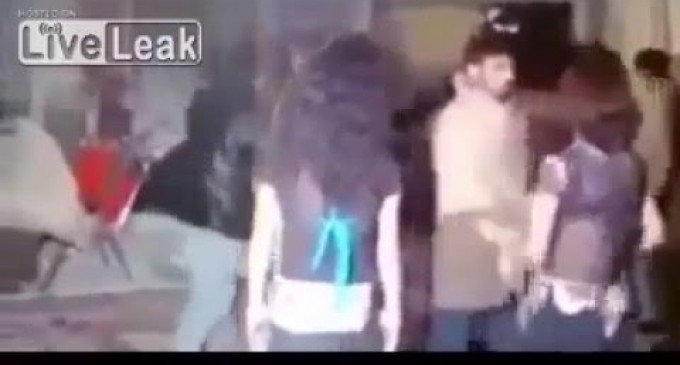 A Muslim man was welcomed to modern times after slapping a girl who refused to dance with him. Usually, when a woman doesn't want to dance with a man, he leaves her alone, because, well, sometimes no means no. Apparently in the Middle East, no can be changed to yes with a slap to the face. As this guy learned the hard way, he's not in the Middle East.

The video below takes place at some sort of celebration dance, where the Muslim man grabbed the hand of a girl, who refused to dance with him. So he slapped her, and she wasn't okay with that, which is completely understandable.

Move to the next page for the video: