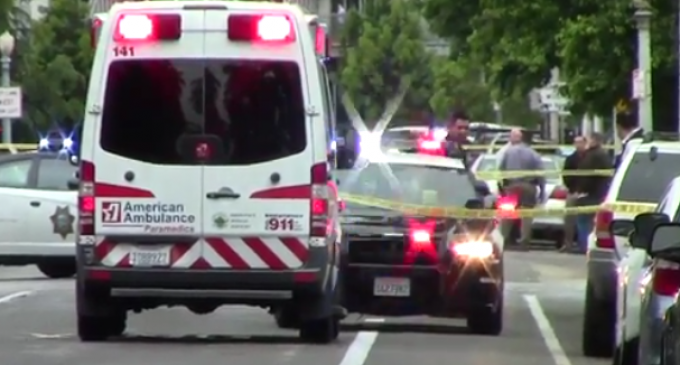 Suspect 39-year-old Kori Ali Muhammad shot and killed at least three people Fresno on Tuesday. All three of his victims were white.

A gunman opened fired in downtown Fresno, the three victims were killed in three different locations. Fresno police chief Jerry Dyer stated the suspect had a ‘hatred of white people'.

The 39-year-old suspect, identified as Kori Ali Muhammad, is also suspected in the fatal shooting of a security guard outside a Motel 6 in central Fresno Thursday. He is facing four counts of murder and two counts of attempted murder, Dyer said. He said Muhammad had expressed dislike of whites in Facebook posts; all of the victims were white. Dyer called it a “random act of violence.”

Two of the people shot outside Catholic Charities may have been clients of the social service agency, not employees, Dyer said. The third victim was a passenger in a Pacific Gas & Electric truck. A fourth man was shot at but not injured.

Dyer said the gunman walked up to a PG&E truck in the 300 block of North Van Ness Avenue about 10:45 a.m. and shot the passenger repeatedly. The driver of the pickup then sped to Fresno police headquarters on M Street. The second shooting was only a few seconds later and was at Van Ness and Mildreda Street, where the gunman shot at but missed a resident. The gunman then turned onto Fulton Street and fired several rounds at another man, striking and killing him, Dyer said. After reloading at a bus stop, the gunman then shot and killed a man in the parking lot of Catholic Charities in the 100 block of North Fulton Street, he said.

Dyer said that it’s too soon to determine if the shootings involved terrorism.

However, a review of Muhammad’s social media shows he quoted the phrase “Allahu Akbar” in a tweet. The Arabic phrase translates to “God is the greatest.”

The FBI and ATF have both been notified about Tuesday’s shootings, Dyer said. But Dyer noted that in Thursday’s shooting at Motel 6, which was caught on surveillance video, Muhammad did not make any similar statements. “What we know is that this was a random act of violence,” Dyer said. “There is every reason to believe he acted alone.”