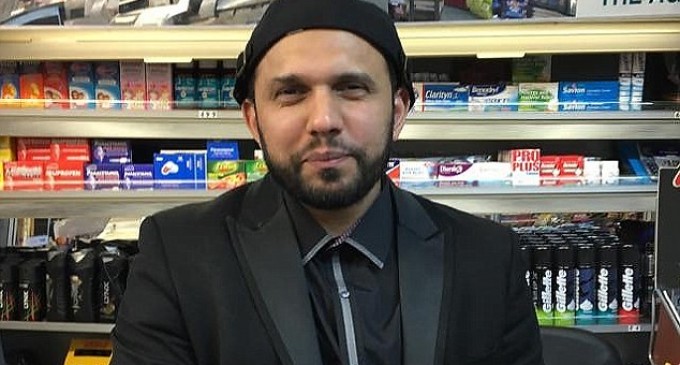 A Muslim shopkeeper a friend described as “the most peace-loving man you could meet” was murdered in Scotland on Good Friday. The perpetrator? Not a robber or a “white Christian bigot,” but a fellow Muslim, angry with the man’s message of peace and love towards Christians and Jews.

Radical Muslims continue to terrorize anyone who disagrees with their perverted religious ideology. Not only do they feel compelled to murder Christians, Jews, Buddhists, and Hindus who don’t submit to radical Islam, but apparently any fellow Muslim who wants peace with people of other faiths is likely to find themselves in the crosshairs as well.

The Glasgow shopkeeper, Asad Shah, committed the egregious “crime” of loving his Christian and Jewish neighbors, even posting a message on Facebook wishing Christians a happy Good Friday and Easter mere hours before he was stabbed —thirty times —to death.

Shah devoted his life to promoting harmony between Muslims and those of other faiths, even advertising an interfaith meeting that he had scheduled the day he was brutally murdered. A member of his own family discovered Shah in his shop with the attacker still brutalizing the shopkeeper in a pool of blood. Continue onto the next page to read what happened when the attacker was discovered: