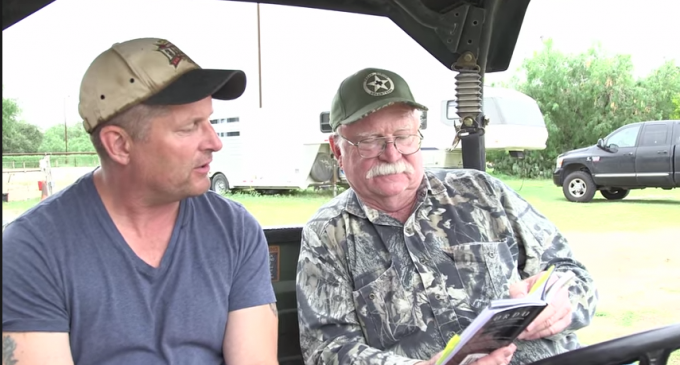 Middle Easterners are blending in with illegals crossing our border, as this Urdu-to-English dictionary found at a rancher´s fence so illustrates.

“We’ve found Korans, prayer rugs and many other unusual items at the border that certainly raise concern,” states one border agent.

It seems that opening the borders served two purposes for Obama. First, to bring in as many Democratic voters as possible. Second, to bring in an untold number Obama's brethren by ‘camouflaging' them with the illegal immigrants – essentially covering up one invasion with another.

An Urdu-to-English dictionary was not something Mike Vickers expected to find on the rocky earth underneath the cattle fencing around his 1,000-acre Texas ranch.

Yet there it was — dropped, Vickers guesses, when its carrier got zapped by his fence’s electricity, and adding yet another dimension to the situation at the U.S.-Mexico border, where tens of thousands of people have been flooding into the United States.

Vickers’ property line runs along Highway 281, just 4 1/2 miles north from the Falfurrias Border Patrol station. The station itself is about 70 miles north of the Rio Grande, the first highway checkpoint for vehicles coming from Mexico in an area known for heavy illegal alien and drug trafficking. Instead of moving through the checkpoint, however, Vickers said that up to 30 people cross his property every day to try to evade the Border Patrol. Years ago, it was only a handful a day.

While local ranchers have to contend with torn-up fences, broken water lines, contaminated wells and robbery on a daily basis from illegal immigrants streaming through, a Texas Border Patrol agent told TheBlaze there is “no doubt” that among the hordes of Central Americans are also crossers from Pakistan and Afghanistan, raising significant national security concerns.

“They know they can get in easier and they won’t be turned back home.”

“We have limited resources,” said the agent, who was not authorized to speak publicly. “It’s frustrating for all of us and there’s no doubt that we have OTMs [Other Than Mexicans] coming from Pakistan, Afghanistan, Somalia and other parts of the world that we are very concerned with — these guys won’t be turning themselves into Border Patrol like the family units or children. I expect we’ll see more the OTMs of special interest this year and next, now that they know they can get in easier and they won’t be turned back home.”

Urdu, the national language of Pakistan, is also spoken in parts of Afghanistan and India. People coming from these parts of the world are considered persons of special interest because of their potential connections to extremist groups in those regions, the agent said.

“We’ve found Korans, prayer rugs and many other unusual items at the border that certainly raise concern,” the agent said. 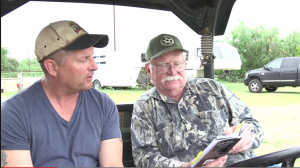