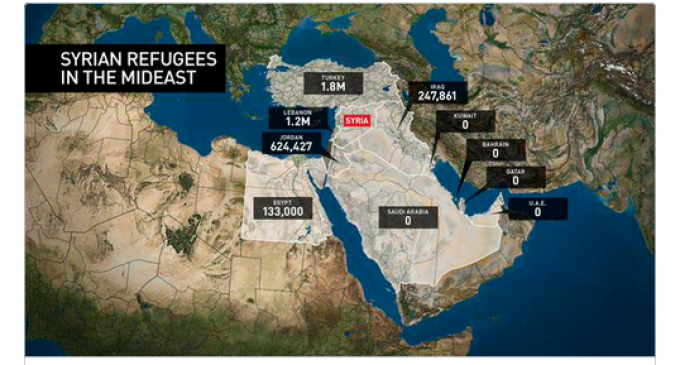 The Muslims know. Radical Islamists are the most dangerous and treacherous of all. With all the hype about all of Europe and America taking in the Syrian refugees, five of the wealthiest Muslim countries have taken no Syrian refugees in at all.

They correctly argue that doing so would open them up to the risk of terrorism.

Although the oil rich countries have handed over aid money, Britain has donated more than Saudi Arabia, the United Arab Emirates and Qatar combined.