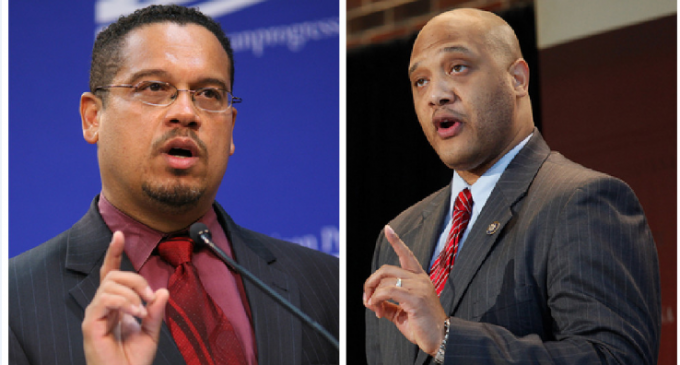 The only 2 Muslims in Congress, Keith Ellison (D-Minn.) and André Carson (D-Ind.), sent a letter last Thursday to Attorney General Loretta Lynch requesting that the Dept. of Justice begin an investigation of attendees that held an armed protest outside a Phoenix mosque last month.

The congressmen claim that the constitutional rights of worshippers were violated because protesters were armed, thereby creating a ‘hostile environment' that infringed upon the freedom to practice religion under the First Amendment.

One of these congressmen has been caught working with Muslim Brotherhood front groups.