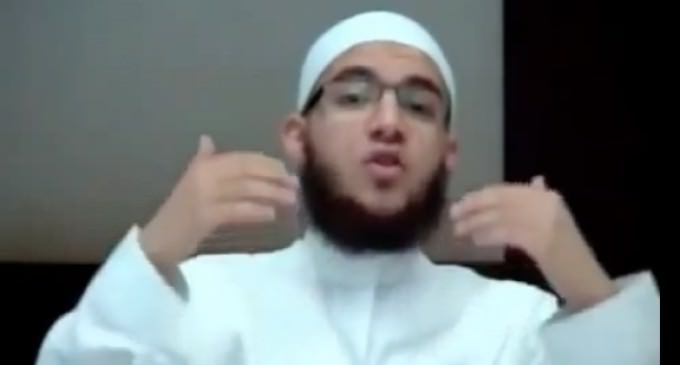 The war on Christmas has arrived at a new level of absurdity and hate, this time, brought to you by an Islamic cleric. Shocking as it seems, he seems to hate the message the angels brought the first Christmas day, “Peace on earth, good will toward men.”

A good Muslim should never say Merry Christmas or congratulations back because as the cleric says, “It is cuckoo to say God was born on the 25th of December.  You are congratulating them on the most evil of beliefs (sic),” this cleric states.

He goes on to say that it “is worse than fornication and drinking alcohol and killing someone because you are approving of the biggest crime ever committed by the children of Adam’s sin.”

The insanity is real!  Watch it on the next page.