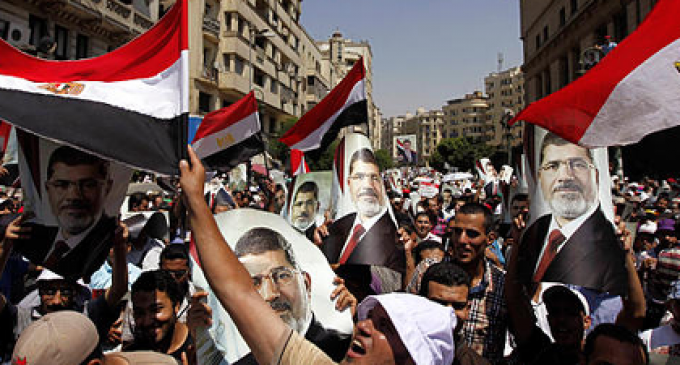 The Muslim Brotherhood is fleeing its recently established headquarters in London after PM David Cameron announced a formal investigation into their activities.

The Muslim Brotherhood has gained strong footing in many countries due to their extensive ‘social and charitable’ works. Of course, their infiltration of our government has been carried out using more stealth tactics.

The Muslim Brotherhood is reported to be fleeing its recently established headquarters in London following the announcement of an investigation into their activities by Prime Minister David Cameron.

A report in the Daily Mail makes mention of the fact in addition to former Prime Minister Tony Blair’s foundation being linked to the Islamist group, the newly established London HQ of the group it set to be abandoned in favour of a base in Graz, Austria.

The Muslim Brotherhood’s new international office in London, which was also reported to be serving as their new global headquarters after a brutal crackdown on the group in Egypt, was said to be above an old, disused kebab shop in the north-west London area of Cricklewood.

Earlier this month Prime Minister David Cameron announced that he was launching a formal investigation into the Brotherhood’s activities in the United Kingdom – a situation that caused palpable stress to Brotherhood members in London. Some responded by threatening legal action against the British government, while other statements claimed that the group would work transparently to prove their non-violent motivations.

Many, including non-Brotherhood figures, have suggested that the investigation was launched under pressure by the government of Saudi Arabia, which Britain has recently negotiated sizeable weapons contracts with. The Saudi government itself banned the Muslim Brotherhood last month, and the lead investigator on Cameron’s taskforce is the former UK Ambassador to Riyadh.