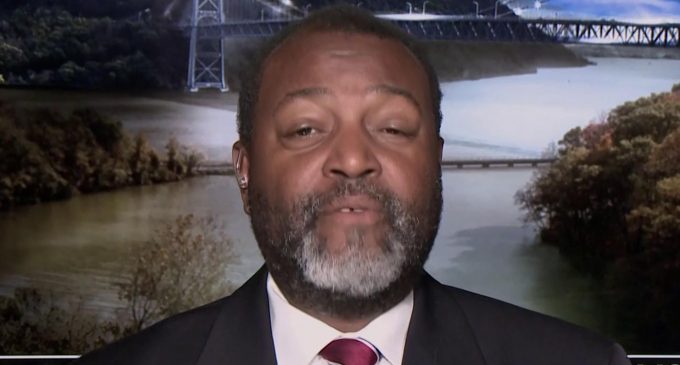 Left-wing MSNBC intelligence analyst Malcolm Nance initially reacted to the suicide bombings in Kabul international Thursday that killed 13 U.S. service members by telling Americans to “deal with it” before eventually deleting the tweet after widespread backlash.

“This ain’t new. It’s why we are leaving” he wrote in a Tweet, adding the hashtag: “Deal with it.”

U.S. Marines are among the wounded you despicable sack of shit. https://t.co/8C13Ss526K

"Terrorism is just a daily part of life. you get used to it," said the man who brags about his three decades in terror intelligence.

Imagine Tweeting this on a day when at least 12 American soldiers died in a terrorist attack. https://t.co/Wv9vk1Tqzm

There were a million different ways you could have made your point, and yet you chose the one that makes you an asshole.

It takes a lot to possibly have one of the worst takes on Twitter.