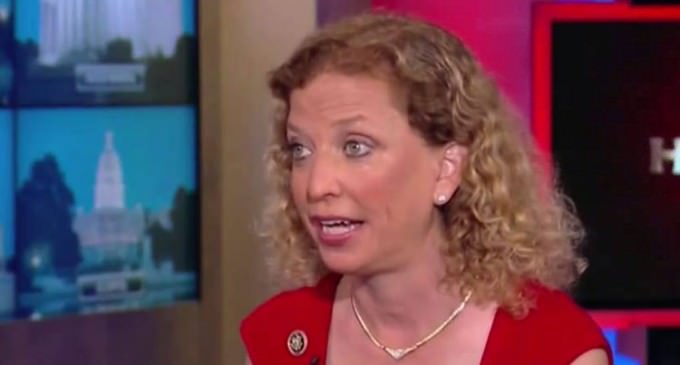 What began as a straightforward question about Bernie Sanders' eligibility to speak at the Democratic National Convention ended up offering a revealing insight into the goals and ideals at the core of the Democratic party.

MSNBC host Chris Matthews was grilling Rep. Debbie Wasserman-Schultz (D-Fla.) about whether she would accept acknowledged socialist Bernie Sanders speaking in a prime time slot at the upcoming convention. Then the interview took an unexpected turn.

Matthews asked, “You’re the chairman of the Democratic Party. Tell me what’s the difference between you and a socialist.”

Check out the clip on the NEXT PAGE to see Wasserman-Schultz' baffled response. If you squint hard, you might see a little truth revealed in that reply: