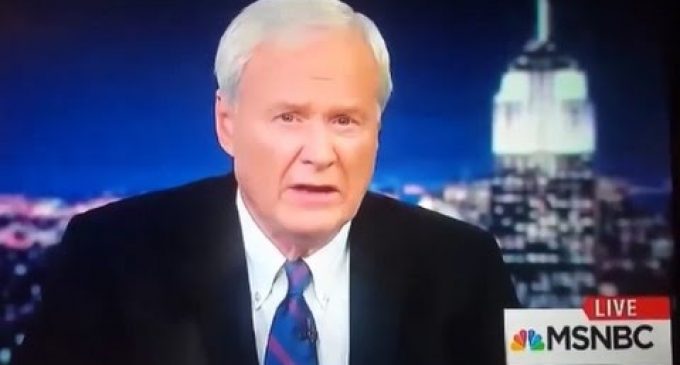 MSNBC may be known for its leftist approach to political coverage, but not everyone on the network is on Team Clinton. The network that Rachel Maddow calls home has a rouge agent among them — and his name is Chris Matthews.

Matthews is a well-known liberal. In 1974, he ran as a Democrat for a seat in the House of Representatives. After that loss, he was employed by both the Carter administration and Speaker of the House Tip O'Neil.

But Matthew's status as a lifelong Democrat doesn't mean he's a fan of Hillary Clinton — far from it.

This week, Matthews eviscerated Clinton in a way that would be harsh for even Fox News. He doesn't mention Donald Trump by name, but it sure sounded like an endorsement for the Republican nominee.

Watch Matthews tear down Clinton in the video on the next page: