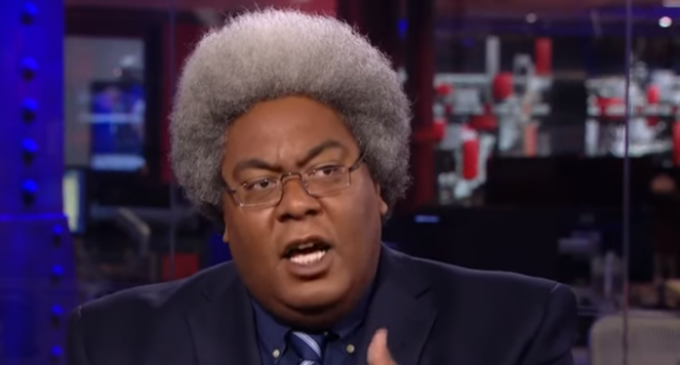 On Thursday MSNBC continued the debate on Julián Castro publishing a political ‘hit list' on Twitter that contained the names and professions of every major Trump donor in his city of San Antonio earlier this week.

On the show “All In,” Above the Law executive editor and regular guest Elie Mystal called for hyper-aggressive protesting with ‘pitchforks and torches' to be conducted outside of the home of Stephen Ross, the owner of SoulCycle and the Miami Dolphins because he held a fundraiser for President Trump.

“People of color are already targets under this administration,” he said. “I have no problem with shining the light back on the donors who fund this kind of racialized hate. I mean, I go further. I want pitchforks and torches outside this man’s house in the Hamptons.”

So far there have been no negative consequences happen to people on the list, thank the Lord, but there has been quite the reaction opposite to what the Democrats intended: on donor's restaurant saw an explosion of new business. Check out the video below for the full story.