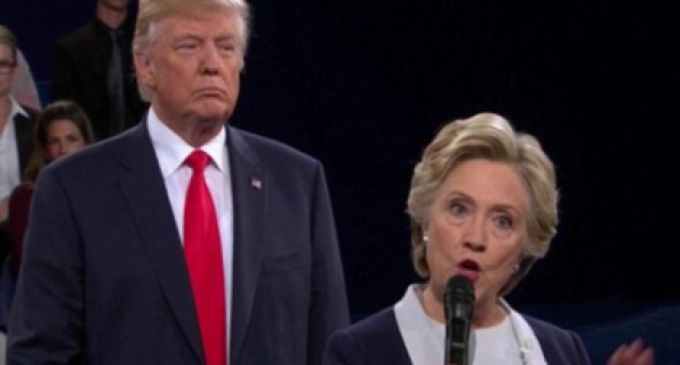 If you needed any more proof that Donald Trump is getting under the skin of the establishment, consider the response to his performance during Sunday's debate.

After Trump figuratively destroyed Hillary Clinton on national television, it was a given that the media would do its best to paint Trump as the loser of the event. And try they did, pouring bile upon the GOP nominee. Tellingly however, instead of focusing on his positions, they focused on his presentation.

One of the stories they ran with was the idea that Trump acted like a “stalker”. Taking advantage of the loosened town hall format, Trump walked around the stage so as to keep in front of the cameras. This was vexing enough for his haters, but the final straw was when the real estate tycoon positioned himself in such a way that he appeared to tower behind Hillary as she responded to questions.