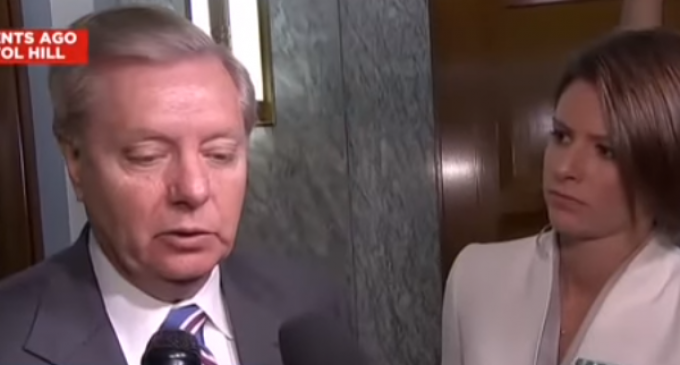 Donald Trump Jr.'s meeting with a Russian lawyer promising devastating Clinton information is causing hysteria among the left. The only problem is, the Clinton campaign met with Russians, too.

That's not to say Hillary Clinton is the moral authority when it comes to politics — far from it. Instead, it shows that this “controversy” is anything but. It's typical politics. Campaigns meet with foreign individuals all the time — sometimes in front of TV cameras for political gain. Opposition research comes from all sources, too, and the means are rarely questioned.

But don't expect the press to report on any of this. Sen. Lindsey Graham tried his best on MSNBC, but they immediately cut away once he brought up the fact that the Clinton team also met with Russians during the campaign.

Watch the moment of obvious media bias on the next page: