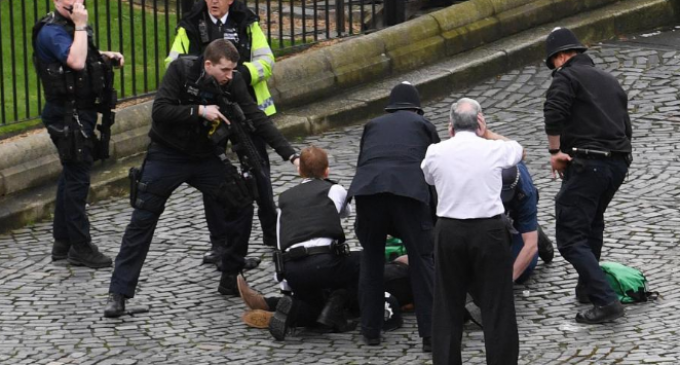 Leave it to MSNBC to attack the police in the aftermath of a mjaor terrorist attack.

Their latest hairbrained scheme to undermine law enforcement came during a conversation regarding the attacks at the London Bridge and Borough Market. The police reponse to the attack was still in progress. Still, MSNBC thought to ask if the police response was an “overrection.”

And of course they did. The leftist network's knee-jerk reaction, in any situation, seems to be to blame the police. Even in this circumstance, before we even knew what the crimes ere, how many perople were dead, and how large the network behind the attack was, they managed to push their anti-police narritive. Luckily, the person they were interviewing wasn't willing to feed into the narritive.

Watch the videon on the next page to see how he responded to MSNBC's abrud question: