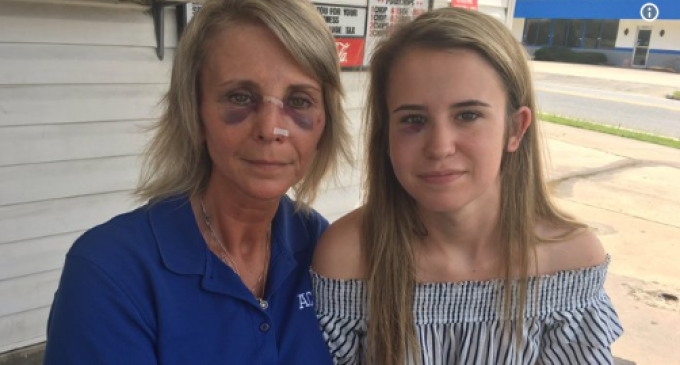 Running a fast-food restaurant should not be a particularly dangerous career. Of course, there are unpleasant or unreasonable people who are impossible to satisfy. But typically a refund will quiet them down and send them on their way.

Unfortunately, for some people, this is not enough. With a chip on their shoulders, they are on a mission to be offended so they can react like lunatics. In other words, their goal is to find something they can claim offends them so they can demand compensation. And it's often compensation that they receive not because they deserve it, but because it's easier and cheaper to pay them off than to do battle either in court or otherwise.

Then there are those who truly are violent criminals. Perhaps they are motivated by racial issues. One is often not sure what motivates them, but one encounters them at one's own risk. And when a mother and daughter who run a carry-out chicken restaurant cannot do business without suffering physical assault, it's a sad state indeed.

Fortunately, the attack was caught on video. More on what happened to this mom and her daughter on page two.