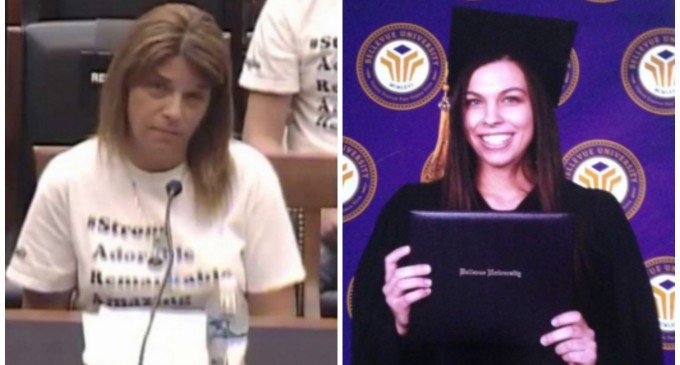 The heart-breaking video on page 2 is of a devastated mother testifying before Congress about the death of her daughter.

Sarah Root was a collage graduate of one day. She graduated with a 4.0 grade point average and was looking forward to the next steps of an exciting and productive life. En-route to her home, her car was rear-ended by Eswin Mejia, an illegal alien from Honduras who was drunk at the time of the accident, and a repeat offender that had never been deported.

President Obama often speaks of the hard-working immigrants who want to make a good life in the United States. Presidential candidates Hillary Clinton and Bernie Sanders echo the refrain of Obama, which is to bring the illegal aliens “out of the shadows” and give them a pass to stay and become citizens, but the real objective is to convert them into reliable Democrat voters.

Yet stories like Sarah's and Eswin's are all to common, and the administration is determined to open the door to even more illegal immigration, not to enforce the laws now on the books. The rest of the story is even more outrageous, see page 2 for the video and the outcome of legal proceedings against Eswin.