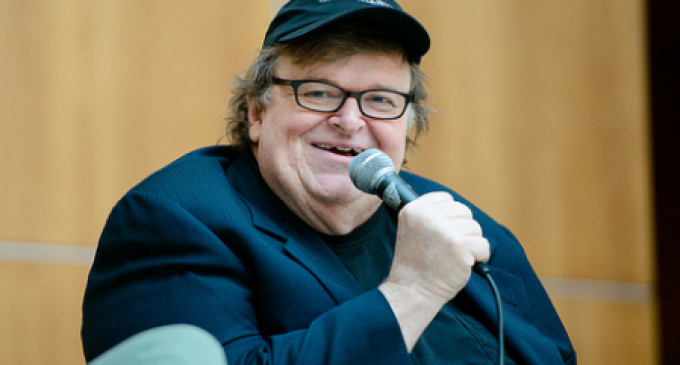 Michael Moore is desperately searching for acceptance in the only place he can find it, among Trump hating liberals.

You know mindsets have shifted to extremes when the man famous for supposedly representing the Middle Class calls for the end of his own people and rails against the troops.

His new anti-Trump Broadway play, The Terms of My Surrender, and insinuating all Trump supporters are racist was only the tip of the iceberg for Moore.

He shared with Fast Company this week that all of the evil that is “Nazi” Trump could be eliminated if we could only eliminate white men. Which he is happy about!

The hypocrisy runs even deeper than just Moore calling for the demise of his own race, gender, and civilization. Because of course, who represents the angry white man better than Moore?

He taps into many major factors crucial for the Democratic party to gain back power including the blatant admission of brainwashing kids through the public education system and the genocide of his own counterparts.

Continue to the next page to read this interview for yourself. It's a must read!